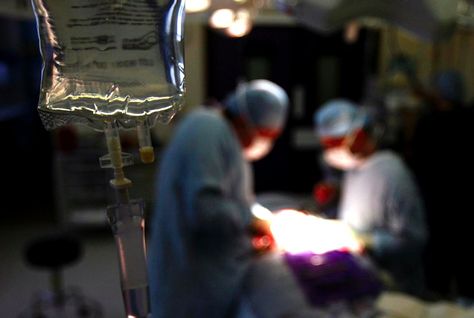 I was irritated as shit. After contemplating for over an hour I finally came up with a solution for the miscellaneous bodies that resided in my apartment.

I had emptied out my deep freezer.

I turned the temperature to minus 10F. I placed the stocky man in first, and then jammed in the woman. I heard a cracking noise as I tried to close the top. The woman’s forearm had gotten caught and her radius bone had punctured through her skin. Even dead this bitch was annoying me. I pushed her limb back inside and proceeded to close the freezer.

I started off by cleaning the mess the stocky man had made in my room. Threw away my broken broom and scrubbed the drops of his blood out of my carpet. His fuckin brain juice was everywhere. I wiped away his DNA and cerebrospinal fluid off of my windowsill.

Next, I took most of the cash out of the woman’s purse. Left a twenty in her wallet and gave it to the old man who regularly dumpster dived behind my building. My way of giving back to society.

I let the bodies stiffen over night. Took them out the next day and sliced them into pieces. Didn’t have to deal with blood splatter cutting them frozen. I soon found myself at Uhual on 50th street purchasing plastic wrap and renting a van. Traveled all the way to Jersey to scatter the pieces at a camp site not too far from Six Flags Great Adventure. I bleached every inch of the van before turning it in at a different location. Grabbed me a taxi to get back home.

When I entered my apartment my head began to feel cloudy and my brain over loaded with thoughts. Sweat started accumulating on my face and my muscles tensed. I felt unbalanced. I dry swallowed a few Percocet pills and gulped down a couple of Mexican cervezas soon after.

I needed tranquility. I needed peace.

By the time I’d gotten dressed, my insides began to feel warm. The oxycodone and alcohol combination began to dull my central nervous system. Fuzzy feelings took over me and I found stability inside my mind.

I left my apartment feeling calm, the perfect parallel for the restlessness of the city. The outside air was chill. Stiff with no breeze. I wore a black jacket which was zipped up to under my throat. Hands were kept warm in my pockets. My jeans lacked wrinkles and my grey shoes lacked scuff marks as they touched the concrete for the first time.

Night was dark but the streets were vibrant. Honking horns echoed through the atmosphere as taxis and other cars attempted to make their way through traffic. Bicyclists squeezed between the anxious vehicles while envious drivers threw up middle fingers and cursed out of their windows.

The aroma of different cuisines filled the atmosphere. Mexican enchiladas, German potato pancakes, Italian penne pastas, Korean barbecue and a variety of other restaurants lined the streets. Over a dozen Siamese restaurants serving Thai noodles populated the neighborhood alone. Variety was in abundance.

I walked two blocks down from my apartment to a small bar on the corner. A couple of Hipsters dressed in flannels, scarfs, skinny jeans and lace up boots stood outside smoking cancer sticks. One, who looked like he hadn’t shaved in months, nodded at me as I approached the door. I mumbled a low-toned, “What up,” as I entered.

Inside dubstep music blasted from the speakers. The lighting was dim and the walls were painted a dull color of red. A large circular bar was centered in the middle. The one room space was packed like a sardine can. More alternative subculture twenty-somethings covered the place. I made my way through the crowd and over to the bar. Took a seat on an empty chair.

I shouted over the noise while holding up a “Andrew Jackson” to try to get the bartender’s attention. She had wavy blonde hair that was on the verge of being greasy and wore a tight white Pink Floyd t-shirt with black letters. Shredded jean shorts with black fish nets underneath them covered her lower body. Her thin lips repeated my order and she went to make my drink. Within moments she was back taking the money out of my hand and bringing me my beverage. She laughed when she handed me my change.

“Watching your calories?” she mocked, referring to my diet coke.

I gave her a smirk. Explained how artificial sweeteners in diet coke make alcohol hit your blood stream faster. My fun fact clearly went over her head. She replied with “Oh,” and moved on to the next patron. Ignoring her lack of intelligence I downed my drink like a fish. Started to signal for another order when I noticed a pair of eyes watching me from the other side of the bar.

They were oval and arched in the corners. Dark light the night’s sky, onyx with the absence of light. Her face was round, cheeks were full and nasal bone was flat. The top portion of her lips was small but the bottom was plush. Her hair was the color of a raven’s feathers. She wore it straight and parted down the middle. Skin was naturally tan and looked as if it had been kissed by the sun over the years. It appeared that her origins were of Southeast Asian decent. I figured Vietnamese but I could have been wrong.

She set there sucking on the straw of her drink and gave me one of the best “Fuck me” faces I had ever seen. I wasn’t one to turn down easy pussy and I motioned my head towards the back exit door. She smiled, got up and I followed behind.

I looked down, dug into my pockets to make sure I had a condom as I exited into the alley. But I wouldn’t even get a chance to pull my dick out. The woman jammed a syringe into my neck. Before I could react I felt light-headed, my vision went fuzzy and my eyes rolled back.

When I woke it took me a second for my eyesight to become focused. When it did I began to panic but couldn’t move. I was strapped onto an operating table in a space that looked like a basement. There was a breathing mask on my face and beeping monitors surrounding me. A peripheral line connected to an IV bag was placed on the top of my hand.

A woman wearing blue hospitals scrubs stood over me and removed the mask from my face. She wasn’t the one from the bar but her facial features were somewhat similar. Instead of dark skin hers was olive, hair was a few inches shorter and she had the same eyes. From the definition around them I could tell she had a few years on the other woman.

“I’m looking for someone,” she stated while scrunching her eyebrows at me. I didn’t respond which seemed to make her tone become more stern.

“Perhaps you didn’t hear me.”

She pulled out a scalpel and ran it along the outline of my jaw.

“I sent my friend to pay you a visit. He was looking for someone too. Perhaps you saw him?”

I knew she was referring to the stocky man whose body parts were now scattered under the ground. I wasn’t sure what to say and I didn’t know how to reply. From the position I was in I figured I was fucked either way. The woman looked over at someone else who was in the room.

“He wasn’t with the girl either?”

The woman from the bar appeared. She shook her head no and stood on the side of me. Blue scrubs covered her petite frame and she popped a rubber band that was wrapped around her wrist. The noise from the elastic smacking her skin began to irritate me slightly. The other woman began running the scalpel on my bare chest.

A confused looked covered my face. Didn’t know where she was going with this question.

“Any diseases run in your family?” She shot something into my IV, “My sister usually likes to get medical history for my hosts from the hospital she works at. But in your case I’ll make an exception. You’ve already cost us a heart that a man from India was willing to pay a hundred grand for. I’m sure you have a few organs we could sale though.”

She was lucky I was constrained. I was ready cut her a new smile from ear to ear.

“You’re to young for me,” she replied.

I tried my hardest to move but whatever was flowing through my IV had my body inanimate.

“Again, where’s the man who came to your house?”

“Dead,” I informed her smiling.

Her face turned red and if she were a cartoon she’d have fumes coming out of her head. She punctured me in my upper arm and began twisting the scalpel slowly. She laughed as she tore through my tissue. Blood began to trickle out.

“Two inches lower and I’ll hit your brachial artery. It wouldn’t take much time for it to drain out a good portion of your blood supply.”

I told her to do what she had to do. I hadn’t imagined my life ending like this. But at the moment I was helpless.

She laughed, “For a second I considered killing you. But I think I’ll offer you a chance to live.”

“You’re going to work for me. My sister is going to find the donor matches at the hospital and you’re going hunt them down and bring them to me.”

She stopped twisting the blade into my arm.

“I’ll pay you,” she told me, which got my attention.

“Thirty thousand a person. More if it’s a difficult capture,” she told me.

With no hesitation I made my decision.