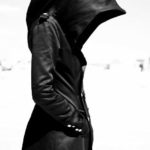 We fucked so much this week that if I was susceptible to infections I probably would have gotten a UTI. My sex drive had amplified over the last month. But I wasn’t complaining. Neither was he.

He was American, a Software Engineer at a financial service corporation located in Edinburgh. We met several months ago at a late-night café in Ashton Lane. I served him over priced coffee while he gave me fuck me eyes.

Tonight he brought over Vietnamese street food. Sweet potato and shrimp cakes with pickled banana blossom salad. Smelled amazing but we hadn’t gotten the opportunity to eat it just yet.

Campbell was on the edge of the bed. I set between his legs facing away from him. Back arched to control the angle he was inside me as I pressed my bottom against his groin. He squeezed on my hip with one hand, my breast with the other, as I moved back and forth. Felt his lips brush against my neck. He grabbed a fist full of my hair and pulled my head backwards. Placed his lips against mine. Nearly stuck his tongue down my throat when I saw stars on the insides of my eyelids. His hands grasped my neck as he climaxed.

We must have fallen asleep soon after our encounter. I awoke to him dressing in the dark.

The train ride back to Edinburgh was a little over an hour. Over two hours total to travel here and back. He never stayed the night on the week days.

I walked him to the door.

We said goodbye. Hug. Kiss. He slipped his tongue in my mouth and I contemplated on luring him back inside.  Decided to let him go home and rest. Locked the door after he exited. I grabbed the untouched containers of Bahn Tom and put them in the refrigerator. Went back bed.

Sort of. I’d slept in until half past eleven. Awaking in the late morning and early afternoon had become my new norm. Rolled over and checked my phone. I had a text from a coworker reminding me that I promised to work the last half of her shift. Another from Campbell telling me to have a good day. Smiley face. I replied to both. Tossed my phone on the night stand and got out of bed.

I felt starved. Heated up the food from last night. I was so hungry that I ate both portions. Swallowed it down so fast I barely got a chance to taste it.

I stretched out on my couch for twenty minutes or so. Felt like I could have fallen back to sleep. Started to close my eyes when an uneasy feeling settled in the bottom of my stomach. A rush of dizziness covered my entire body and my mouth begin to salivate. I set up and started to gag. Got up to make my way to the loo. Knocked shit over. Lamp. Vase. Stumbled as I covered my mouth. Fluid seeped through my fingers. Made it just in time as I uncontrollably regurgitated. Most went inside the toilet. Some got in my hair.

I rinsed the sour taste out of my mouth and brushed my teeth. Showered for what felt like eternity.

I was warm. Weak. I wrapped my towel around my naked body and curled up in a ball on the cool vinyl floor. Shivered as I drifted in and out of consciousness.

Consumed with deprivation, nearly 25,000 adolescents grew up in households that lived below the poverty line. Crime was common. Almost normal.

After the incident with my mum I turned to theft to get by. Stole things for myself. Stole things to sell to others. Lived in one pissy shelter and abandoned building after another.

I walked in the cold. White flakes fell from the night sky and melted on my cheeks. I carried a backpack full of items I lifted from the Tesco Superstore on Hanover Street. I was on my way to sell them when I felt cold metal press against my temple. Condensation escaped my mouth as I exhaled. I froze. A muffled voice demanded me to give him my bag. I took the backpack off slowly and turned towards my mugger. He was a familiar face I’d seen around. Skin was grey, scabs covered his sunken cheeks, and the few teeth he had were rotten. A thin layer of flesh covered his protruding bones.

He kept the gun against my skull as he yanked the backpack out of my hand. Looked at me with his soulless eyes. Click. Ringing echoed through my ears and my vision quickly started to fade. Died before my brains splattered against the white snow.

Head throbbed. I came back in a dark space. Foul odors crawled into my nostrils. A substance the consistency of slime touched my fingers as I pulled myself up. Climbed out of a dumpster.

That’s how long it took me to find him. He was camped under a bridge attempting to stick a needle in his arm. Was having trouble finding a good vein. He fidgeted. Grabbed a mirror out of his pocket and started searching for one in his neck.

I wanted to help him.

Before he had a chance to react I grabbed his hand and forced him to jam the needle in his throat. I made him do it again and again until the entire thing went inside, puncturing him like a juice box. Over and over until red spewed out like a sprinkler. The crimson colored liquid splashed on my face. He made a gurgling sound and attempted to take one last breath. I let him go and his body dropped to the ground.

I wiped his fresh blood from my face with the sleeve of my jacket. Rid any existence of my presence.

For so long, so far. Left Liverpool and never went back.

Bridget, my coworker, was fuming from the mouth like a rabid dog when I clocked in. Went on a rant about how she had somewhere to be. Insulted me with swear words that summed up to me being a loathsome pile of shit. I told her I understood her frustrations while I stare at the pulsating jugular vein bulging from her neck. Watched it twitch as she barked and thoughts of tightly wrapping my hands around her neck played in my head. Zoned out to inappropriate visions until she ended her bitch fit and left.

Work was typical. I walked around with a fake smile as I served food and drinks. Pretended to be enthused for tips. I hated working but I was trying my best to be normal. Or at least pretend to be.

This evening we were busy and thankfully the nausea had subsided. I was feeling almost entirely better minus the fact that my sense of smell had heightened. My nose picked up the aroma from food that was still in the kitchen, the intense fragrance of perfume from across the room and other odors that I wished it hadn’t.

I went to return a credit card to one of my last tables. University students. The male wore a black and gold UG sweatshirt and stuck out his chest while he spoke about himself to his date. His arm wrapped around the petite girl’s waist and his hand rested on her thigh. Her facial expressions showed she wasn’t enthused. Even so, she pretended to listen to him talk while looking down at the table. Said a few Mmm Hmms to stroke his ego. Bit on her bottom lip until her teeth tore a small break on the skin. A tiny drop of blood formed.

I could smell that too.