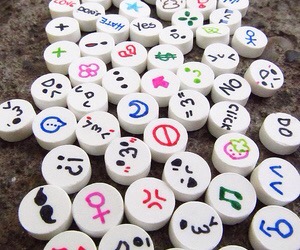 She was my best friend. My only friend.

She held a towel to my nose. Besides the vomiting, broken capillaries were another side effect from snorting the pills.

Initially the pills were made for swallowing. This way you’d still appear normal but you’d never lose your true self. You’d never conform. But inhaling them was different. It made us smarter. Mentally stronger. It changed our whole thought process.

While most of society were worried about following celebrities, being wrapped up in social media, and believing anything and everything broadcasted on the news, we always saw what was really going on in the background of the bullshit.

It was raw. And sometimes so ugly that you’d want to run from it. But other times so damn beautiful that you couldn’t help but to embrace it.

We saw the truth.

Unlike myself, Lu lived with a “normal” set of parents. They worked regular jobs and lived typical lives. They knew nothing about the pills. I was the one who introduced Lu to my world.

She was the first girl that ever talked to me. But we didn’t meet in the ideal situation. I was in the midst of one of my usual ass beatings when she intervened. A dark-haired beauty with bright eyes that pierced my soul. Wasn’t sure if it was her hot headed demeanor that drove my bullies away or the scar on her face. It started at her right eyebrow and ran diagonal across the bridge of her nose, then stopped in the center of the dimple on her left cheek.

She’d acquired that scar before living with her almost picture perfect family. Before her name had been changed to Lu.

She was born to a Sri Lankan prostitute that couldn’t recall who her father was. A woman that shot heroin into her veins in front of her small child. A woman who inevitably lost her mind and sliced her own daughter’s face.

But regardless of her scar I still thought she was beautiful. And even though we were just friends there were nights I found myself rubbing one out into a Kleenex to thoughts of her.