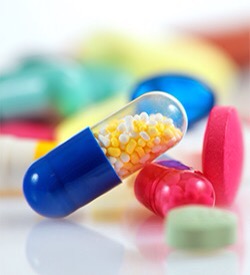 I placed my hand over my nose. Wasn’t sure if the foul odor I was smelling was coming from the day old vomit or the dried brain fragments that covered the front of my shirt. Possibly both. Either way, I smelled like shit. Looked like shit.

I’d spent my night hiding in a tree. Slept up there, pissed from up there. Waited for time to pass by and for them to move on. I knew their search for me wasn’t over but I had bought myself more time. Had to get more pills.

As soon as the sun rose I headed for the city.

The aroma of gourmet grilled cheeses, Taiwanese dumplings, stuffed Salvadoran corn cakes and Korean tacos filled the air. Cars moved in slow motion through the busy streets, horns honked and voices yelled. People covered the sidewalks and waited at the corners for the okay to cross. Annoyed patrons held their middle fingers in the air as taxi drivers tried to force their way through the chaos. Men in suits talked numbers over their cell phones ignoring the drifters and junkies who begged for cash.

I blended in well. Looked like every other bum panhandling on the streets for a pint of liquor or bag of blow. I walked through a crowd and made my way to a corner. Waived my hand in the air and called for a taxi.

Williamsburg, a neighborhood one subway stop into Brooklyn, filled with Indie rockers, Electroclash bands and trendy artist. The land of the bearded and the home of Hipsters. The home of my dealer.

I walked up to his studio apartment. A day late, a person missing. I anticipated his reaction as I knocked on Roland’s door. If they didn’t find me and kill me, he surely would. Roland opened the door. His 6’4 body towered over me. He looked me up and down and stuck his head into the hallway looking for someone else. Looking for her.

I swallowed hard. Had to answer.

Before I could take another breath, everything went dark.