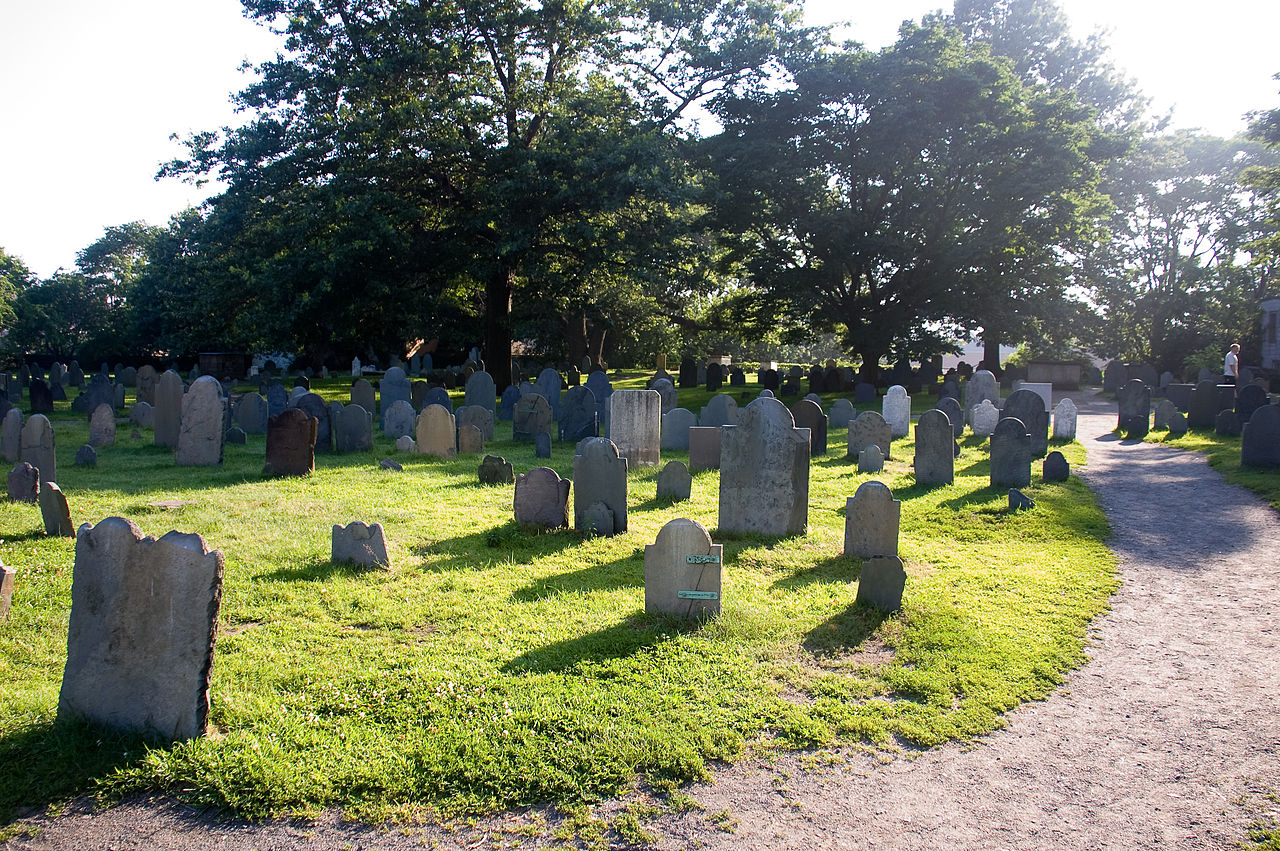 I drank a glass of orange juice and Tanqueray as I peered out of my kitchen window. This was the third time I’d noticed a silver F30 Sedan with New Jersey plates parked outside my building.

Someone was watching me.

The first day I noticed it I was on my way home from Lucky’s Famous Burgers. I’d just devoured their double cheddar and was ready to lay in my bed until I reached a coma state. I didn’t think much of the car at first until I saw him. The man with the black suit. He was tall, pale and wore dark shades over his eyes. His brown hair was slicked back with gel. For a moment I felt like Neo from the Matrix and stood there frozen, waiting for Laurence Fishburne to help me escape.

It was the end of fall, windy and the air was cold. I found it odd that he wore no coat. I stood there at the corner and watched him slowly walk to the front of my building. He reviewed the names on the intercom system. When he finished he walked back to his car and got in. I could see him on his cellular device through the light tints of the windows. Soon he drove off.

My mind was all over the place with thoughts of who he could possibly be.

I scammed and stolen from people. Not to mention the occasional accidental murders here and there. The possibilities for his identity were endless.

On this particular day he didn’t get out of the car. He just set there observing and waiting. I planned on dealing with him later. At the moment I had somewhere to be.

I hid behind a large tree on a hill in a necropolis. My jacket was zipped all the way up my neck and my hands were buried in my jean pockets. Nose was nearly frozen as the frigid air brushed against my face. I hadn’t bothered to dress up for the event. I hadn’t even been invited.

My eyes peered over the field of inscribed stones below me. Black suits, black dresses, black hats and ties. There they all gathered around the narrow box covered in white roses. Those were here favorite.

Familiar faces I hadn’t seen in years were amongst them. A few I didn’t recognize. Even though we once had been a family, I couldn’t allow them to see me. I knew they blamed me for her death and in a way I blamed myself.

My mother had died days prior in the loony bin. She had tied together several pillow cases and hung herself. I found out about her death on the news. My uncles and aunts flew in from Germany to arrange her services.

The crowd of mourners sobbed and cried as they lowered her casket into the ground. I felt guilt but there were no tears. She’d become another memory I’d drink away.

I was over this tear fest and ready to leave. I stare down at my watch. Tola was supposed to meet me for a job. I was about to pull my cell out and give her a call when I felt someone tap me on my shoulder.

She spoke in her monotone voice.

“Didn’t know the address you wanted to meet at was a cemetery.”

“My mother offed herself.”

Her dead eyes lit up a bit as if she could relate.

We walked off the cemetery grounds to her truck. The leather seats were cold when we set inside. She started the car and waited for it to heat up. She began popping her rubber band. I’d gotten use to it by now. It was her thing.

We rode to Greenwich Village while Cambodian pop music blasted through the speakers. Tola nonchalantly nodded her head to the beat as she hummed with the words.

I was thrilled to get out of the vehicle when we reached our target’s apartment. Every time she listened to that shit it would be stuck in my head for days. I even found myself singing some of the verses in the shower even though I had no clue what they were saying.

I carried a large duffel bag of medical equipment as we walked to the back door of the building. We took the elevator to the fourth floor. Tola watched the hallway as I picked the lock. The person we were looking for was expected to be home in the next few minutes.

I searched their cabinets until I found some boos. All this broad had was wine. I wasn’t much for a drink that caused you to get sleepy but it would have to do. I drank it warm, straight from the bottle. Tola stood by the door preparing her syringe.

Minutes later a key rattled at the knob of the outside of the door. We both hid. Tola went into the hallway closet and I hid behind the door of the bedroom.

I could hear her high heels click around the front of the apartment as she spoke to someone on the phone.

Her name was Serena Andrade. She was a bottle blonde Spaniard from Barcelona and worked as a Personal Banking Rep at the near by Chase bank on Hudson Street. Her parents were retired back in their home country and her younger brother was an up and coming art prodigy in Brooklyn. She had a fiancé named Maxx that visited her from Connecticut every weekend and also fucked his ex girlfriend Monday through Thursday. Her handful of friends and her went to Shade Bar every Tuesday evening for Martinis. She had no pets, no roommate. She was active, healthy and we needed a kidney.

I had followed her for several weeks.

Today she was coming home from work to get ready for her Wednesday night Pilates class.

She had amazing legs.

I crawled under the queen sized bed as I heard her approaching the bedroom. The tone of her voice was flirty and she giggled to the person at the other end of the phone. I figured it was Maxx expressing his love before he went to stick his dick where it didn’t belong. Serena made kissing noises and soon hung up. I watched the movement of her feet as she slid out of her heels. A pair of pantyhose and a dress fell around her ankles. My heart beat sped up and I inhaled deep. My hands reached for the lower portion of her legs and I grabbed them. She screamed as her body hit the floor. She kicked me in the forehead as I came from under the bed to restrain her.

She struggled and fought back more than I was use to. I got bit, scratched, smacked and a knee to my stomach. I looked around awaiting Tola to get in the room and push that needle in her neck. I put my hand over her mouth to muffle her screams. Finally Tola entered the room and put her out.

I carried Serena in her bra and underwear to her kitchen table. I placed her on her back and Tola grabbed her medical bag and began to set up the equipment to remove her organ.

I caught my breath and went back to drinking the bitter Pinot Grigio while she worked.

“Why are you a nurse instead of a doctor?” I asked Tola.

She cleaned the incision area.

“It takes too many years and why waste time if my sister can teach me?”

I nodded my head notating that I understood. I was never one to care for bullshit lectures and homework.

I set in the chair next to her. Curiosity had taken over my brain regarding the statement she’d made earlier about her mother.

“So when you said you killed your mother were you being literal?”

She turned to me, scalpel in hand and gloves covered in blood.

Tola went back to operating and the vibe that she didn’t want to answer anymore questions was in the air.

“If you must know,” she stated “She was a bad person. Not always, but after Sovann left us she changed.”

I left the conversation alone and went into the living room space to watch TV. A marathon of Ancient Aliens played on the History channel and it kept my attention while Tola finished.

We left a patched up Serena unconscious on her bed. Like always the apartment was made to look untouched and we left.

Apparently downing the whole bottle of Pinot was a bad idea. My head was spinning on the ride back and Cambodian Pop music wasn’t making it better. All the bumps Tola kept hitting in the road made my stomach began to turn. I thought I was going to be sick and leaned my head against the window. My eyes started to close and that’s when I saw it in the side mirror.

“Don’t you see all this traffic?” she yelled over the music.

I turn the volume down and looked behind us. Tola looked at me from the corner of her eyes.

“Someone’s following us. We need to lose them.”

She looked back for a second and then almost ran into the car in front of us.

“Pay attention,” I told her, “We’re going to find somewhere to park and start walking. Leave all this shit in here and we will come back for it later.”

“What the hell is going on? We can’t leave the kidney in here. Sovann is going to flip if we don’t show up with it soon.”

I grabbed her arm, “This person behind us has been staking out my walk-up for almost a week now. He could be an undercover cop and I really don’t think you want him to catch us carrying a kidney in an ice cooler.”

Tola agreed and did a quick turn down a side street that almost made me vomit. We jumped out the car and she locked the door. We began power walking and turned down an alley. I grabbed Tola’s arm as I looked behind us and guided her to the upcoming street. Thank goodness for the chaos of New York streets. We got lost in the five o’clock rush and jumped in the nearest taxi.

We headed towards the Hamptons where Sovann stayed.

When we arrived Sovann wasn’t too thrilled that we showed up without the kidney. Tola stood in front of her nervously popping that rubber band on her wrist. I explained what happened and the two of them began going back and forth in their Khmer language. A few words were said in English but I had no idea what was going on. Sovann then smacked her sister in the face. Tola held her cheek and ran off to the bathroom.

I apologized to Sovann.

“Tell me about this man who has been following you.”

I told her everything I knew as she eyed me up and down.

Before I could thank her my stomach began to turn again. I held my hand over my mouth and ran to the bathroom. I didn’t make it to the toilet and a mixture of Pinot Grigio, gin, orange juice and stomach acid went into the sink. I pressed my hands against the counter top and caught my breath as my eyes watered.

I heard heavy breathing and I turned my head.

Tola set in the corner on the edge of the tub crying. The left sleeve of her shirt was rolled up to her upper arm. Healed lines and wounds went all he way down to her wrist. Blood dripped from a fresh one over her carpals. The rubber band had finally made since and for the first time in my life I met someone who was just as damaged as myself.